How the Infectious Energy of Herb Kelleher Built an Empire FILE PHOTO: March 16, 2005. Southwest Airlines founder Herb Kelleher in the company’s lobby in Dallas. Kelleher,74, the charismatic leader who provided the public face of Southwest Airlines for more than 20 years, will step down as chairman of the Dallas airline next May, 41 years after he help found the company. (Photo by David Woo/Corbis via Getty Images)

At Gano Excel, you hear a lot about energizing your team. What does this mean exactly? It means empowering them through knowledge, resources, encouragement, and motivation. We believe that network marketing is about succeeding together, not alone. A great example of what empowerment looks like was provided by the legendary Herb Kelleher. His name might not be one that you immediately recognize, but he built a company and a culture that you certainly have – Southwest Airlines.

Herb Kelleher was passionate about Southwest Airlines because for him it was not just a company. It was a cause. It represented something important to him – bringing the opportunity to fly to the average American, not just the wealthy or business travelers. He wanted it to be easy, affordable and flexible for everyone. He phrased this as “democratizing the skies.” It was the basis for every business decision he made, from low prices to friendly service and the fun, unstuffy personality that the company was known for having. His mission was to improve America’s quality of life, and many would say he succeeded.

In 1967, Herb was practicing law in Texas. He sat down with one of his long-time clients and they sketched together their ideas for Southwest on a cocktail napkin – talk about a napkin presentation! When the major airlines caught the wind, they sought to kill the startup company with four years of litigation. However, they couldn’t kill Herb’s dream. In 1971, with only four planes and serving just three airports in Texas, Southwest finally took its first flight.

It’s grown into the behemoth that today carries more than 120 million passengers a year; making it the nation’s most popular domestic airline. It’s also the most profitable. After its first two years, Southwest made a profit every single year, marking its 45th consecutive year of profitability in 2018. A $1,000 investment in Southwest when it began would be worth $2.2 million today. And Herb Kelleher’s personal network at the time of his death earlier this year was estimated at $2.5 billion.

How does a company with such a modest start, soar to become such a success? Many attribute much of the company’s spirit and shrewd business decisions to Herb himself. Herb had a sense of fun and humor than he delivered in the workplace and it created a reputation for the company. He famously arm-wrestled a fellow CEO for rights to a tagline that both airlines wanted to use in their advertising campaigns. He also negotiated contracts for fuel to keep costs low during times of high market volatility. He resisted spending on endless innovation and instead kept committed to simplicity and consistency. For decades, the company flew just one kind of plane (the Boeing 737), which made it easier to train pilots and mechanics and manage fleet operations.

However, the secret was in the “why.” Roy Spence, one of Herb Kelleher’s closest business partners, insisted that Southwest was not really in the airline business. It was in the freedom business – its purpose was to give tens of millions of people “the freedom to fly.” Remembering this “why,” Herb’s commitment to low prices stimulated demand for air travel among the millions of Americans who could now decide between driving and flying. The competition led to lower fares across the board, which has since been named “the Southwest effect.” Robert Mann and airline industry analyst say “he literally brought air travel to the masses on a scale that was unimaginable.”

Mr. Leow Soon Seng has a similar mission, and that is to bring health and wealth to every household across the world. He has built his products and this company with this vision in mind. Now, you have the opportunity to build your own business around this vision. Your new lifestyle embraces the same energy, fun, prudence, and simplicity that Herb Kelleher used to build his multi-million dollar company and become one of the greatest entrepreneurs of all time. His example shows how being true to your “why” and using it to energize yourself and your team can create huge and lasting success.

5 Reasons to Get Outside

Summertime beckons people all around the world to get outside and enjoy the abundance of sunlight and the sights and sounds of nature. It’s no surprise that a breath of 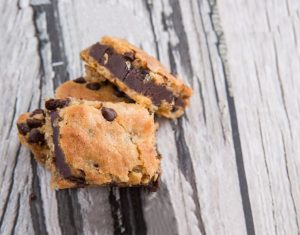 Chocolate Chip Cookie Fudge Bars Looking for an easy, delicious treat to share with your loved ones? Here’s one that incorporates our rich, creamy GanoCafé Schokolade into an amazing fudge

How the Infectious Energy of Herb Kelleher Built an Empire

At Gano Excel, you hear a lot about energizing your team. What does this mean exactly? It means empowering them through knowledge, resources, encouragement, and motivation. We believe that network